With the gradual economic recovery in the wake of the World War II, the flower industries in various countries of the world have been developing one after another. The world’s flower industry promoted increase in international trade as the WTO system became established, which led to the globalization of competition and intensified trade wars. And as the globalization and scale of the economy expanded at a fast pace, the production and consumption of flowers in developed and developing economies increased owing to the increase in the population with higher purchasing power, while the volume of trade between nations also showed dramatic increase. The flower industry development strategy in developed countries is changing from new breed development, which requires high technology and quality, and producer centered to consumer-centered demand strategy.

1. The Netherlands – World’s No. 1 Exporter of Flowers

As we learned in the last installment called “The Netherlands’ Tulip Bubble”, the Netherlands is the world’s biggest exporter of flowers. The Netherlands also invests a great deal of time and efforts into breeding based on high-tech facility and technology such as the automated greenhouses. So it is also famous for improving the breeds of flowers imported from all over the world and reselling them at a higher price. Normally, it takes about 1.5 million dollars and at least 10 years to improve one breed. However, the flower that has been improved can be protected as intellectual property internationally and can fetch license fees whenever they are sold. The Netherlands is well developed not only in breed improvement, but also in other aspects related to flowers such as transport, auction and sales. Aalsmeer Flower Auction place near Amsterdam is the world’s largest with a width sufficient to fit 200 soccer fields. It is said that 20 million stems of flowers, which account for 80% of the world’s daily flower trade, and 2 million pots of flower pots are traded here.

The reason that the Netherlands was able to take at least 50% of the world’s flower market was not so much that all of the conditions for flower production and exporting such as the geography, climate and socioeconomic factors were favorable, but rather being able to take advantage of its own unique natural economic conditions, securing genetics and breeding technology through selection of superior crops and accumulation of experience.

The Netherlands’ flower industry is well equipped with natural growing conditions, proximity to well-populated areas as well as infrastructure such as transport and storage. Also, it was supported by the high knowledge level of the producers, ceaseless academic information exchange in the academic research and development and efficient agricultural instructions from the government.

The flower production in the Netherlands is mainly concentrated in the western region which is endowed with an ideal flower growing conditions. Also, the sales windows are also most closely located. The industrial basis over many years have allowed today’s high profit rates, and producers are located very close to the production sites with everything needed for the operation of greenhouses. Also, another reason that the Netherlands has such strong flower industry is its know-how for keeping the flowers fresh. In the Netherlands’ flower markets, the cut flower stems are distributed around the world using water bucket method.

The Netherlands’ flower distribution system is comprised of the auction market, wholesale companies and retail stores. Among them, the auction market is the center of the distribution system. The “Aalsmeer Flower Market” is the Netherlands’ most famous auction market with a total area of 630,000 square meters. The volume of flower production in the Netherlands account for 50% of the entire world’s production, and the flowers are mainly grown in the western region, including Hague and Rotterdam. Also at least 80% of the flowers produced in this region is exported overseas, and it also acts as a hub where not only home-grown flowers but flowers imported from other countries are re-exported after undergoing an auction. 85% of flowers auctioned are exported to Eastern Europe through land transport, while 10% is destined for the US.

4. The Netherlands’ flower export and production

The Netherlands’ flower exports by countries

According to the an annual report by the Netherlands’ agricultural wholesale committee’s flower growing subcommittee, the flower exports in 2008 showed a great change from 2007 due to the impact of the global financial crisis. England’s flower consumption in 2008 dropped by 17% from 2007. In addition to England, most of the countries in Europe with the exception of Russia, Poland, and other Eastern European countries, showed a drop in flower import. Although the exports showed a 2% growth until October 2008, took a nose-dive to -13% as compared to the previous year since October 2008. Fortunately, these export trends reverted to recovery and based on reverse calculation for exports in 2011 and 2012, exports grew by 4.8% each year from 2009 to 2012. It could be deduced from this that the global economic conditions improved after 2009.

Such flower logistics require a very sensitive container transport in order to maintain the freshness of flowers. This is the reason why the container ship owners place great emphasis on a system for controlling various conditions such as the humidity, temperature, and balanced points inside containers.

If you are more interested in such systemic management for container shipping and terminal management of Horticultural and agricultural logistics, you are more than welcome to ask any questions by contacting us.

« Yard operating system for data management : Case in Bangkok ICD of Eusu Logistics
You can have a clear glance of SCM IT industry from interview of Jin Cho head of SCM Business Unit. » 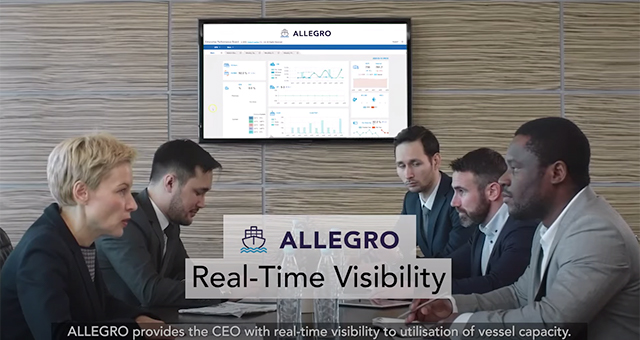